Fibromyalgia Symptoms (and what it feels like to live with them)

Fibromyalgia is a chronic condition characterised mainly (but by no means exclusively) by musculoskeletal pain which can crop up anywhere in the body. You may see the condition abbreviated to either FM (Fibro-Myalgia) or else FMS (Fibro-Myalgia-Syndrome).

In addition to pain, some of the most common accompanying symptoms are:

Note that there are many more potential symptoms than these.

Of course, the above are just words and don’t really help to describe what it’s like to actually live with these symptoms every day, so here are some of my experiences with the symptoms I’m familiar with. Not every person will experience every symptom and even where 2 people do, symptoms will likely differ between them, so what I experience won’t necessarily represent how it is for you.

Pain – this can be a burning, aching or a throbbing sensation which can occur literally everywhere on the body and can be severe enough to stop you in your tracks. For me, the worst type of pain tends to be spinal and the only way I can describe it as its worst is like someone is screwing a corkscrew into my spine and /or shoulders. When the pain is this bad, there’s nothing I can do other than rest and apply heat to my back until the pain has subsided a little and I will then do some gentle stretches.

Fatigue – this is utterly overwhelming exhaustion which comes along and completely envelops you, like an enormous wave from which you cannot escape. It’s not like the feeling you get after a string of late nights and you feel tired. It can take everything you have to fight the urgent need to lie down and sleep but no amount of rest and sleep will to get rid of the feeling. It’s nigh on impossible to concentrate on much and mistakes can occur as a result. It goes without saying that driving can be extremely hazardous when fatigued and I have also noticed that I am much more likely to fall when fatigue has crept up on me.

Cognitive difficulties AKA fibro fog – this can range from not being able to remember the right word for things to forgetting why it was that you got up and went into another room. At work, I had serious difficulties with fibro fog. For example, a monthly task which used to take me around an hour pre-fibro started to take me double that as I just couldn’t remember the steps to complete the task. In the end, I had to write myself a detailed document with step by step instructions and every month became like starting anew.

Insomnia / other sleep issues – I’ve struggled with sleep almost all of my life, even during teenage years when 10 hour sleeps are supposedly common. My sleep issues have ranged from not being able to fall sleep, waking in the early hours and not being able to get back to sleep and poor quality sleep with very little deep sleep. It seems that, amongst fibro folks, even if we do manage a decent amount of sleep, we never feel any better for it as the sleep is so light and often punctuated by frequent wakings. For me, the bottom line is that I just don’t know what it’s like to feel well rested and refreshed after a night’s sleep. Ever.

Headaches and migraine – I often have a low level headache, not enough to stop me from doing anything but just as an annoyance in the background. Migraines, on the other hand, totally floor me leaving me bedridden able to to do nothing except lie in bed with an ice pack on my head, in total darkness, not moving as it causes me to vomit and with the worst pain imaginable in my head. It feels as if my right forehead is being battered repeatedly with a sledgehammer. My migraines can be triggered by bright sunlight, strong scents, stress or hormonal fluctuations.

Increased sensitivities e.g. to cold, noise, touch. For me, it’s noise and bright lights which bother me most in this category. I frequently hear and am intensely bothered by noise that my husband often says that he’s not even aware of. Sounds like people talking loudly, children screaming, lawn mowers / other power tools, loud music, roadworks and many, many others. I usually end up using a white noise machine to block out other people’s noise as being bothered by noise often translates into physical pain somewhere in my body.

Seemingly random other symptoms – in the years since diagnosis I’ve had bouts of other odd pain conditions which I’d never experienced in my pre-fibro days. I’m talking about conditions such as costochondritis, sciatica, tennis elbow and plantar fasciitis and those are the just the ones that spring to mind. It may well just be coincidence but I do think that other symptoms such as these occur a lot within those of us who suffer from fibro…

So hopefully that describes what these symptoms actually feel like to live with and how fibromyalgia can totally upend your life. But there are plenty of treatment options and things we can do to mitigate these symptoms or find positive ways forward in spite of them. But that’s for another day and blog post…

I've lived with fibromyalgia and other chronic conditions for many years and am constantly trying to find new ways of moving forward to live the best life I possibly can. View all posts by Warbo 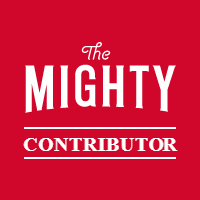